Every year, University of Montevallo students, alumni and friends come together in February to celebrate Homecoming. During this time, the UM National Alumni Association recognizes one alumnus over the age of 35 whose career and community achievements have reflected positively at the local, state or national level.

Mountain Brook’s Jim Cavale is this year’s recipient of the Nathalie Molton Gibbons Alumni Achievement Award. Cavale graduated from UM in 2005 with a degree in mass communication.

While in college, he played baseball and founded the Falcon Radio/Television Network, one of the earliest iterations of the live sports streaming programs through the Mass Communication Program.

After walking across the stage at Flowerhill, Cavale moved to Birmingham, became director of broadcasting for the Gulf South network and started the online streaming video production company J. Anthony Productions.

His next project came in 2008, when he raised money for Eporro.com, a website that connected high school athletes with college coaches.

With success at their backs, Walden and Cavale partnered as CEO and president of Iron Tribe respectively, with plans to make the fitness centers a nationally recognized brand. Now, those looking to get fit can walk into more than 40 Iron Tribe locations nationwide.

“We are not sure we have ever met anyone else who can walk into his neighborhood fitness center one month and by the next become the company’s president,” said fellow Montevallo alumni Fred and Terra Miller in a nomination letter. “We think this clearly speaks to the amazing qualities evident in Jim whether in the classroom, in the boardroom or in the gym.”

After years of success with Iron Tribe, Cavale stepped down from his position with the gym franchise in September 2016 to act as the entrepreneur in residence at Innovation Depot. There, he mentored and advised 10 new Birmingham start-ups. 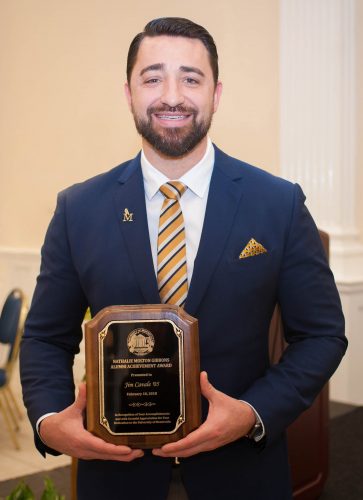 Now, Cavale is using his expertise in two new projects. In 2016, Cavale co-founded GLOW with his wife, Yazmin. GLOW is a beauty service that allows customers to book appointments with GLOWPro beauty professionals on demand from any location.

The innovative service is already the subject of partnerships with major SEC contenders such as Auburn, Kentucky and South Carolina.

“The sky truly is the limit with Jim and I’m just thankful to have a front row seat to watch and for the impact he has had on me and my company in the process,” said Forrest Walden, CEO of Iron Tribe Fitness.

The University of Montevallo is proud to recognize 304 students named to the Dean’s List for the 2022 spring semester. To make the Dean’s List, a student must earn at least a 3.5 grade point average on a 4.0 scale and be a full-time student at the University. The following students in each UM college were […]