The class is an elective that’s a mix between political science, environmental studies and an honors course. It’s taught every other year and involves hiking, conservation, park management and history. 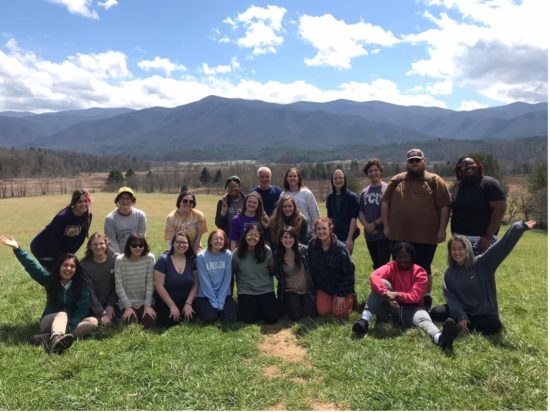 The class started the trip at Cades Cove  , which is part of Great Smoky Mountains National Park. They spent one day there making multiple stops at cabins, a church and a cemetery – places people used to live and engage in community activity at before it became a park. 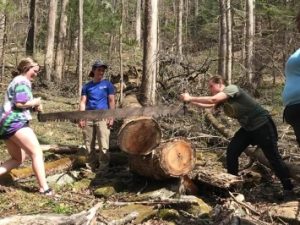 With the group’s plan to travel into the high country canceled due to a wildfire, they decided to visit an old growth forest instead. While there, they were allowed to experience how old-timers sawed wood with timber saws and built cabins. 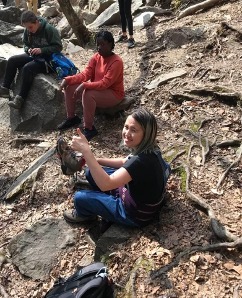 After hiking for 4 miles, students sat on the ground for a rest and shook pebbles out of their shoes. A hiking club was formed shortly after the trip ended. 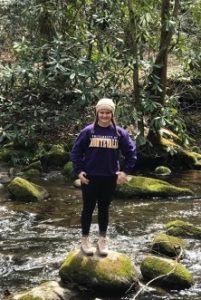 The group ran into a creek at the Backcountry Campsite in the middle of their 4-mile hike. They stopped to eat lunch and play in the creek. 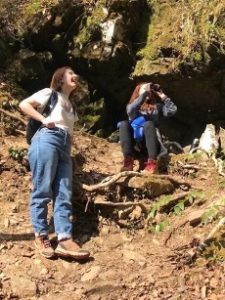 Along the hike, students sat under overhanging rocks and used binoculars to do some birdwatching.

On the first day of their arrival at the Great Smoky Mountains Institute at Tremont, which hosted the group, they unloaded their bags and hit the trail. The initial hike wasn’t the most difficult of the trip, but it was challenging.

After traveling a mile over rocks and hills, they arrived at their desired destination, a waterfall named Spruce Flats Falls. 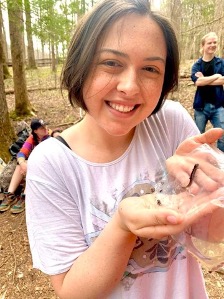 In one of their final stops of the trip, students engaged in a citizen-science project that’s been ongoing for 20 years. They searched for salamanders near a creek to note if the population is sustaining itself or declining possibly due to climate change.

Turner said the group also learned about management issues at the park like “bear jams” where traffic jams are caused by people stopping their vehicles on roads to take photos of bears crossing, imminent domain issues involving American Indians who historically lived on the land and much more.

After competing online in 2020 due to the pandemic, the University of Montevallo’s Model United Nations team triumphantly returned to in-person competition and won a conference-wide Outstanding Position Paper and a Best Delegate award for the INTERPOL committee at the 2021 Southern Regional Model United Nations conference in Atlanta at the end of November. Dr. […]

Falcons on Fire: Trailblazing Alumni Who Are Making a Big Impact

For a small university tucked away in a tiny town, Montevallo produces many purple and gold-clad giants. In this issue of Montevallo Today, we pay tribute to Falcons from the past quarter century who have been trailblazers in their respective fields. Nichole M. Harris ’13  Hueytown, Alabama, native Nichole M. Harris graduated from UM in […]

Questions and Answers with Willie Phillips '00

Your home: Washington, D.C. Your hometown: Fairhope, Alabama Tell us about your family. I’ve been married to my wife, Gabrielle, for 14 years. We have two small children — Peyton and Tripp. What is your profession? Commissioner at the Federal Energy Regulatory Commission (FERC). I am also an attorney. What made you choose this profession? After […]