For the 12th consecutive year, the University of Montevallo continues to be the top-ranked public regional university in Alabama, and has earned multiple other accolades in U.S. News and World Report’s recently released 2021 Best Colleges rankings. 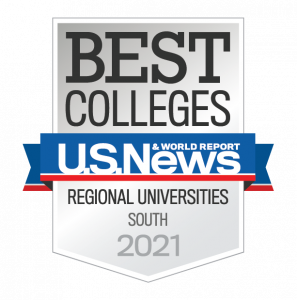 The publication released the rankings on Sept. 14, and UM earned praise for its high value to students and for being one of the top regional public universities in the South. UM’s rankings improved in all categories compared to 2020.

“We are gratified with the significant climb in the U.S. News rankings because it is a reflection of the industry and creativity of our faculty and staff and also the resourcefulness resilience of our students,” said Dr. John W. Stewart III, UM president. “We are proud of the Montevallo family’s accomplishments. These rankings are proof positive of our deep commitment to students’ personal and professional success.” 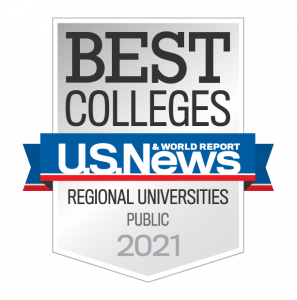 UM was named the best value out of all regional universities in Alabama, and ranked in the top 20 in its category in the Southeast.

U.S. News and World Report formulated the Best Value School rankings based on the ratio of quality to price, percentage of students receiving need-based aid and the average discount provided by need-based aid.

In the Top Regional Universities category, UM ranked in the top 30 in the South while being compared with public and private schools throughout 12 states, and was the top-ranked public university in Alabama in the category. 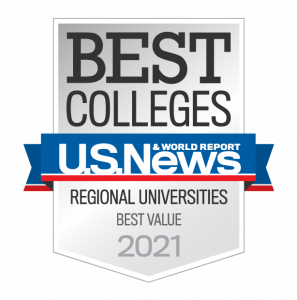 In all three categories, UM improved upon its ranking from the previous year.

Thanks to the generous $500,000 gift of a 1960 Alabama College alum and her husband, the University of Montevallo will create the Christiane Angele Jacobson Endowed Spanish Chair in English and World Languages. Christiane “Chris” Jacobson and her husband, Dr. Eric Jacobson, have pledged to donate the half-million-dollar gift to the Spanish program in the […]