The University of Montevallo family is sad to announce the death of David W. Wheeler, a member of the Board of Trustees since 2008 and a UM alum ’72. 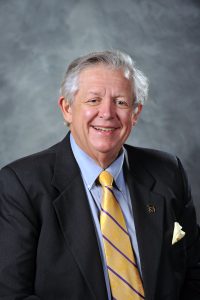 In his term as a trustee, he served as vice chair of the board and chair of the personnel and trustee committees.

After graduating from Montevallo with a bachelor’s degree in accounting, he remained active with the University and was a well-known face on the bricks.

Wheeler spent most of his career working for Alabama Power where he held many positions, including director of accounting, finance and regulatory services and primary liaison for the Alabama Public Service Commission.

Our deepest and heartfelt condolences go out to David’s family, friends and all those who knew and loved him here at the University of Montevallo.

Gov. Kay Ivey said in a statement, “He was a good man, devoted to his values, his community and Alabama. I know he’ll be missed by all.”